For a number of years I had one of these cheap electronic safes. They allow for a combination to be set.

I bought this one from Harbor Freight in 2004: 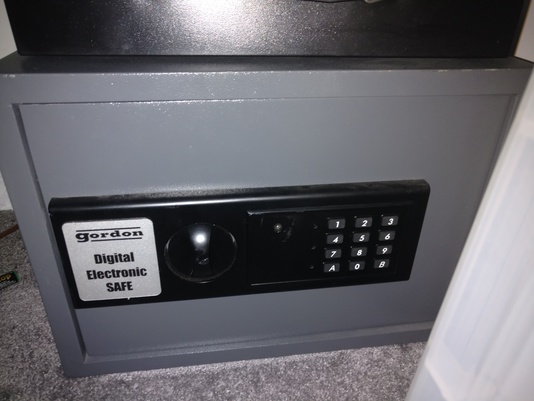 About 10 years later the safe started to stop working; the control panel stop responding, it made horrible noises… Fortunately anger lifting and dropping the safe got it working again to open the door. I pulled it apart and pretty much there’s just a motherboard and a solenoid and a ribbon cable to the front panel.

So I bought a new safe. I got this one from Staples 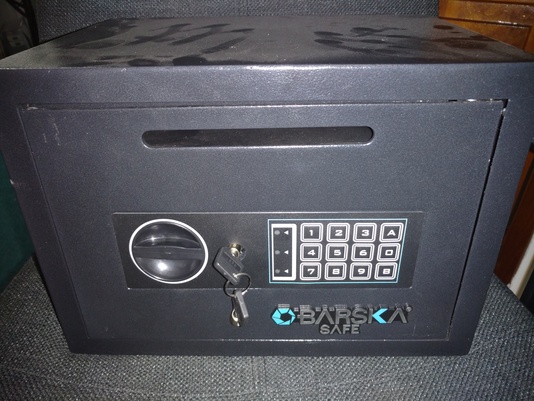 I was curious and took this one apart. And it looked VERY similar! 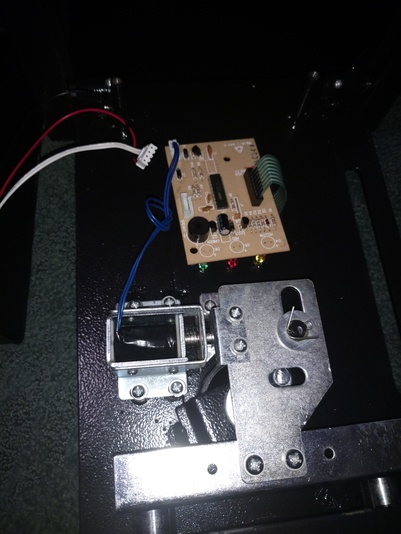 When I looked closer, the only difference between the two setups appeared to be the connector to the battery/reset switch had the alignment notch on the other side (the white connector in the picture). So I did a little kludging and put the new safe’s board into the old safe. And it worked! The old safe is still in use, with the new board.

So I had a safe with no electronics. I wondered if it was possible to replace the electronics with an Arduino, and set complicated passwords via a computer.

Overview of the solution

Originally I was going to use the USB port on the Arduino for both power and communication, until I realised that this would let me upload a new sketch and open the safe at any time. Doh! Fortunately there’s a software serial solution, so we don’t need access to the USB port.

So this is what we’re going to try and build (click for a larger image). Sorry for the awfulness of my sketch!

Now the reason I used standard cables is that I can put all this together and test it (see later) and adjust cables as necessary. Once it’s all been proven to work we can then mount it.

This kit is small enough that we can install it inside the cover. I wanted to keep some air gap around the arduino and relay and I realised I could mount them sideways. The easiest way would be to use some folded carboard! 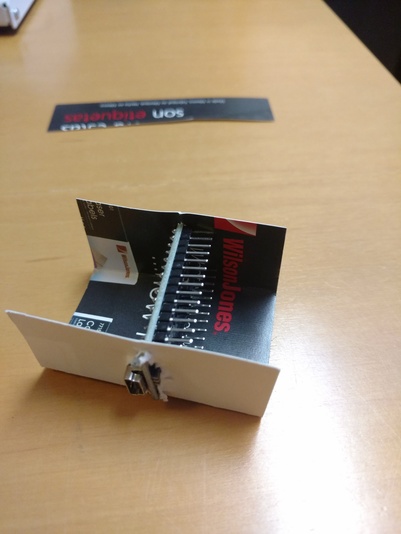 If you’re worried about the cardboard springing loose then you can just put some tape around the ends to add some pressure.

Now I recently got a 3D printer, so I printed a couple of carriers from thingiverse. It does the same thing, but plastic rather than carboard.

Glue the carriers down. It should be below the battery compartment, because this is where the old controller board fitted and so there’s space. 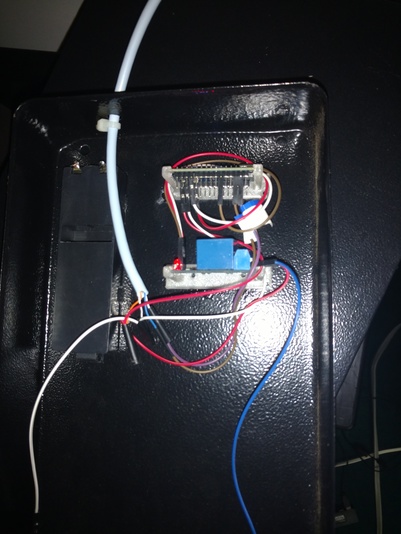 You can see I put a cable tie just before the hole; this is an attempt to prevent the cable from being pulled from the outside and breaking a connection.

I decided to add a USB cable (and realised I should have oriented the pieces a different way; there wasn’t enough space for it) and poked the USB cable out through the battery compartment. This allows me to reprogram (upgrade/bug fix) without pulling the whole thing apart. The USB cable fits just inside the battery compartment so it’s not accessible from outside unless the door is open. 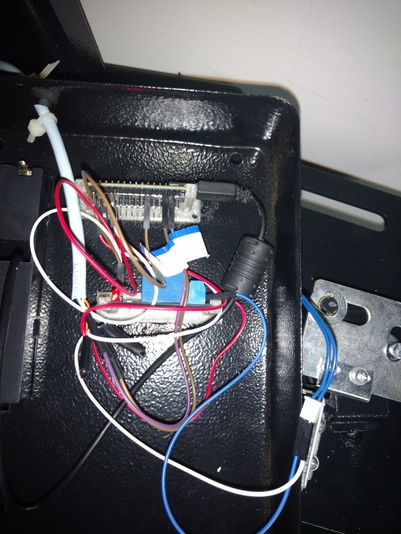 Test the setup and then screw the cover back to the door. This hides a multitude of sins and it looks pretty neat! 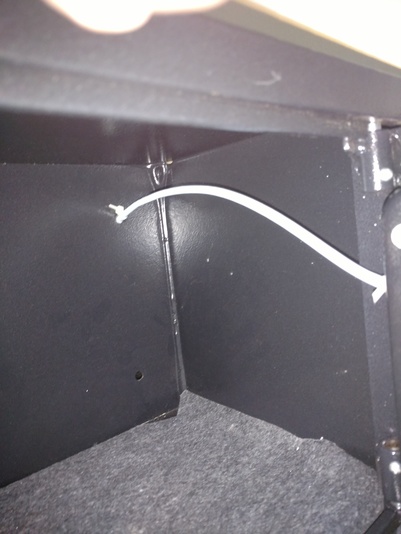 This sketch should be loaded onto the Arduino. It’s pretty simple and is purely used to control the solenoid. It listens on the serial port at 9600 baud and will respond to a few instructions.

When power is applied the board says “hello” and tells you if the safe is locked or not. Except for the PING command responses will either start with OK or ERROR.

I use Linux and the kermit command, but any terminal emulator would work. The Arduino does not echo what you type, so I’ve turned on local echo mode so I can see what I’m typing. I run the kermit command and then apply power to the safe. You should see the onboard LED start flashing once a second while it is waiting for commands. (You won’t be able to see this when the safe is closed and locked, but it’s useful while testing the setup). Remember, there’s no need to press RETURN (indeed you’ll get an error if you do).

My plan is to write a web server interface that will allow for local control of the safe. By making it a web server then normal password managers should also work. Your digital safe’s password can now be stored in the same place as the passwords for your bank account.

Maybe it’s just me, but that idea appeals to me!

I haven’t written this code, yet…